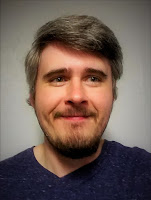 Andrew J. Ries began writing crossword puzzles in 2006 and has been a full-time puzzle writer since 2017. His work has been published in various venues such as the New York Times, Fireball Crosswords, the Los Angeles Times, the Wall Street Journal, and the Chronicle of Higher Education. In addition, he has written seven books of crosswords, most recently Maverick Crosswords. His commissioned work has been featured at the Museum of Modern Art in New York City. In addition to constructing, Ries is also a skilled crossword solver, placing in the top 20 at the American Crossword Puzzle Tournament.

Ries was born and raised in Minnesota. He currently resides in Arizona. His hobbies include watching '80s movies, craft beer, playing piano, jogging, and attending college hockey games. He lives with his cat, Charley.